The ULTIMATE 6-week training and nutrition guide for ALL levels

Would you like to kick start a longer term weight loss goal?

Do you need some guidance and accountability to lose those last few pounds of belly fat and finally show off your abs?

HG6 is the ultimate 6 week guide that covers all bases 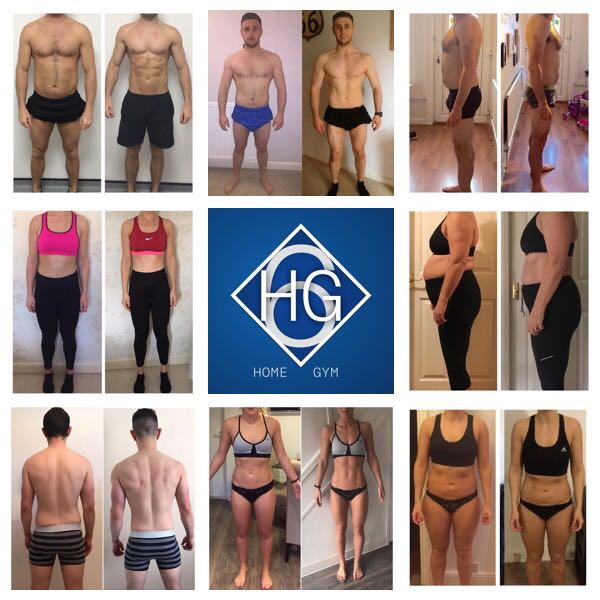 One Plan. Four Parts. Designed for Everyone.

For those short on time and unable to make the gym

For those who need an introduction to weights and cardio

Having originally lost weight at another gym with a mixture of weight training and cardio but a bad diet full of carb and pre-packed meals, it all stopped when the gym fell apart.

I then joined the gym, but in 12 months I put weight back on rather than lost, in spite of attending the gym 5-6 times a week with a mixture of classes and PT sessions. In desperation I eventually signed up for Scott’s program, and for the first time got some proper nutritional advice.

This did not require me to eat a bizarre diet or limit foods (within reason) or do major calculations before I ate. Imagine my delight when after only 3 weeks I had lost 7lbs and I could fasten my jeans for the first time in ages. I can honestly say that I’ve not really been hungry, I’ve had loads of energy and more surprisingly I’ve not missed the carbs.

The support from both Scott and the Facebook group is brilliant, not only for the feeling of being part of an exclusive club, for the ideas and recipes that come out of it but for the fact that each success is celebrated and if somebody is struggling, Scott and the other members are there to pick them back up and keep them on track.

I’ve a way to go yet but I feel much better in myself and more positive that I will get there eventually so thank you Scott for pointing me in the right direction.

What exactly do I get, Scott?

This is the “secret weapon” for your results!

In here I will be guiding and supporting you every step of the way and keeping you accountable for your results.
You will also have the support of the other HG6 members to help you when things get a little bit tough.

What did Sasha have to say about the plan?

“I was disheartened and quit the gym”

“When I was at uni I was working in retail so consequently was on my feet all day, which meant I naturally stayed quite slim.

However when I graduated and got a job in an office I found I put on weight really quickly, and even though I was exercising more than previously I still couldn’t manage to shift any extra weight gained.

I got a bit disheartened and ending up quitting the gym, sporadically exercising but not really putting my all into everything. I knew really that my diet was the problem, but I could never really be bothered to work out where I was going wrong with it.

I won a months free PT sessions with Scott and after dropping 2cm off my waist in the first 2 weeks with just a few small changes I decided to give HG6 a go to really push myself and see what I could achieve.

Previously I had tried the Lean in 15 recipes by Joe Wicks but I found they were quite expensive and didn’t really do anything for me.

Since starting HG6 with Scott, I’ve lost 10lbs in total, 3 inches off my waist, and 3.5 off my hips. I’ve gained confidence in the gym, using equipment that I would have never ordinarily used on my own.

I also feel much stronger and fitter – I can lift more than when I started the 6 weeks and I’m really excited to keep pushing myself further.

Personally the best thing about HG6 has been able to ask Scott anything and everything that popped into my head – whether it seemed like a stupid question or not.”

This is an amazing opportunity to kick start 2018, in the best shape of your life!

To receive all these benefits and achieve these amazing results, sign up now!

Still not convinced?
Read what Sam had to say about working with me for 6 weeks online…

After my previous workouts were becoming boring and the results lacking I came to Scott and his 6 week program for a new take on some fresh outcomes – I was not disappointed.
The workouts were simple, yet challenging, and always left me feeling like I was making progress in the right areas (such as weight loss) but gains in muscle mass and strength.
The diet is easy to follow and Scott provided me with online tools to ensure it was a plan I stuck to (which is something I always struggled with in the past).
Scott was always on-hand to support and was approachable throughout both in person and online. I would highly recommend the program to anyone wanting to revitalise their workouts and get some solid results over a short period of time.

To secure your space and begin your journey with HG6, click here now!